The first 996 sold was 20 years ago. Porsche 911 development has been punctuated by significant moments throughout its history. As an evolution of the 356, the larger 901 entered the world with a six cylinder engine and improved chassis.  Then Peugeot sued Porsche for using the label 901 as they owned the rights to the name “901” and Porsche complied. In an attempt to control the tail-happy character of the car, Porsche lengthened the wheel base by a couple of inches in 1969. In 1972, the 911 had an external oil filler on the right side of the car behind the passenger door. That was removed the following year. Next came the change to the 5 MPH impact bumpers in 1974 to appease US government regulators. Then came the decision that the 911s rear engine design might need to be replaced with a front engine car. Fortunately for the world, the 928 never sold enough or convinced Porsche buyers that it would actually serve as the 911s replacement. The next significant change came in the form of fitting “cladding” on the 964 with its rubber front, side, and rear bumper design. This was followed in the 90’s where Porsche redesigned the 911 in the form of a smoother rounder 993.  Many other significant changes occurred throughout this time and Porsche continued to develop their cars as needed or where appropriate.

In the early 90s, Porsche needed to create a vehicle that would carry them into the next decade. Money was tight and environmental regulations would not allow sustenance of their air cooled motor. Noise and emission standards spelled the demise of the 911 motor. In an effort to reduce costs Porsche collaborated with external entities to produce a 911 that would take the company into the black. A major redo was necessary and the corporate goals also included expanding the 911s appeal to a wider audience. What was needed to grow Porsche was the idea of shared design between models, a practice that continues to this day.  Examine the pictures at the bottom of the page showing the 911 and Cayman dashboards from the two subsequent generations. To the unknowing eyes, it would be difficult to make a clear distinction between the two dashes.  To some it is considered a shared family trait. To others it is considered sacrilege and an affront to the integrity and individuality of the 911. Whatever the case Porsche has been successfully using this approach since the 968 began showing clear similarities to the 993 and later the Boxster’s almost twin front end to the 996.  Even today, the Cayman GT4 borrows suspension and brake parts from the GT3 brethren. Not to mention a certain 3.8L engine from the Carrera S!!

Led by Haam Lagaay and ultimately penned by Pinky Lai, the new 911 would maintain its ubiquitous silhouette and rear engine design, but other styling and mechanical cues would improve. Mr. Lagaay had been with Porsche for many years and his first notable design assignment was to create the Carrera script on the side of the earlier 911s. Currently, however Porsche was in serious financial troubles. They were forced to lay-off staff and every developmental idea was met with financial constraints. In a 2015 interview in Total 911 magazine, Pinky Lai described the environment as “design-hostile.” In spite of the constraints of the time, Pinky and his team soldiered on to create the 911 of the future. A real hero in our eyes. The new 996 design would have 45% more torsional rigidity than its 993 predecessor. The doors were now frame-less and the metal was pressed to varying thicknesses as a method of reducing weight in non-stressed areas. The windshield had a steeper rake than the 993, and the overall weight of the C2 went down to 2904lbs. which was 110 pounds lighter than the outgoing 993. External improvements yielded a drop in the drag coefficient from .33 to .30. In addition to having more horsepower and being a better handling car, it became a safer and more aerodynamic 911. The result was a car that beat the 993 at the Nuburgring by 6 seconds!

The 993 motor had reached its design peak and the engineers would not be able to extract any more power from its then current design. Prior to the integration of turbos in the 2017 Carreras, the 3.4 then 3.6 liter water-cooled engine was the most significant change in the history of the 911. Watercooled allowed for a smaller displacement with more horsepower. The new M96 motor design yielded less moving parts and in the end would require less maintenance. Radiators were needed and those were placed behind the headlights while pipes ran the length of the car. Water jackets now cooled new double overhead camshafts with four valve per cylinders. Where the technology ended for the air cooled engine, the new watercooled engine was just the beginning of further performance capabilities. In the past the aircooled engines required forced air to extract more horsepower. The new watercooled engines however could be reworked to extract large amounts of additional power without the need for turbocharging. Think GT3 and GT3RS. That’s quite a statement about the robustness, capacity and potential of the new engine design.  Check out the Youtube video showing California tuner Bisimoto who created a 1000 horsepower 911 using the M96 engine.

Headlights also changed for the new 996, and the fried-egg or teardrop design came directly from the GT-1 vehicle that placed first in its class at the 24 hours of Le Mans in 1998. The fried-egg designation came from the yellow indicators at the bottom of the headlight unit in the earlier models. The headlights showed up on the Boxster too which went on sale earlier than the 911. To the cognoscenti, the headlights on the 996 had more design detail than those found on the Boxster, a small but noticeable difference. Collectors in the future will be looking for “correct” headlights when these cars begin to increase in value. The criticism about the headlight’s similarity to the Boxsters forced Porsche to change this very original design and appropriate the Turbo model’s to capitulate the few but loud.  An ironic, unoriginal, and in our opinion bad choice. However, the critics got their horizontally oriented oval headlights. The second generation headlights didn’t seem anymore appealing as those only lasted through 2004 where they were changed again. Recall the 1972 911 with the oil filler placed outside behind the passenger door. Consequently the oil filler spout was being mistaken for the gas filler, and now those one-year cars are sought after as collectibles. Unlike the oil filler spout, the headlights design seemed to be a well thought out and lasting design change.

The interior design was also a big step forward in aesthetics and function, and we can thank designer Stefan Stark for his work. Even though critics did not like the dashboard layout we completely disagree on design aesthetics and functionality grounds.  The interior was smartened starting with a more efficient and easier to read instrument layout. A logical and expected progression in Porsche design and one that continues to this day in the 991.2. As much as we love the original 911 dashboard layout, instruments spanning almost 2 feet across is like art, but a 5 inch clock on the right pretending to be a gauge is rather useless. Unless you’re a passenger sitting in one of the rear seats or the driver in the car behind in traffic needing to know the time. The newly designed 996 instrument panel maintained its famous VDO tachometer set in the middle flanked by the speedometer, temperature, fuel level, amps, and oil pressure gauges, but were now more easily visible, readable, and in the line of sight of the driver. Plus, the addition of an oil level gauge that comes on just before the motor is started and disappears once the key starts the engine is both a purposeful and brilliant design feature. It becomes visible to the driver when the oil is cold and at the actual level one would want to measure and verify that fluids are okay. The oil level display also appears for a short period of time after the fuel tank has been filled with petrol in case the driver fails to notice it during the first few seconds of start-up. Once the oil volume has been checked, there’s really no reason to have it displayed. Furthermore, the new instrument layout included a rather large font digital readout of the speed displayed in the lower part of the tachometer, again in the line of sight for the driver. At first, the driver may consider the digital display as unnecessary until its location and ease of readability quickly become indispensable. Again brilliant and forward-thinking design.

If that’s not enough information for the 996 driver in the newly upgraded cockpit, then a look at air conditioning control unit display offers even more data. There are a set of numbers that can be accessed by the driver to reveal actual radiator temperatures, inside ambient temperature, outside ambient temperature, and 30 plus other diagnostic sources of information that would rival any modern car’s infotainment system. If that weren’t not enough, MPH can be switched to KPH at the push of a button for those traveling to or pretending they’re in other countries using the metric system for distance. Sure boring stuff in 2016, but it wasn’t in the 90’s. We believe history will be rewritten about the dash layout design and function.

The 964/993 generation used exhaust gases as a source of heat and did not have a heater core like modern cars. That changed with the 996. And what about the air conditioning system? The 996 was the first one to use an automatic and electronically controlled A/C unit. The 996 used multiple sensors and modules that provided effective and consistent cool air. What does it mean, cold air even in Florida sunshine.

When it first came out there was overwhelming agreement about the 996’s improvements over its predecessor. The automotive press loved the car, its performance, and the new watercooled rear engine. It did not take long for journalists to see beyond the nostalgia and measure the new car by its driving dynamics, performance and promise for Porsche’s future. The 996 had all the DNA of every 911 before it and it was a sales success that allowed Porsche to get back on track toward financial stability. 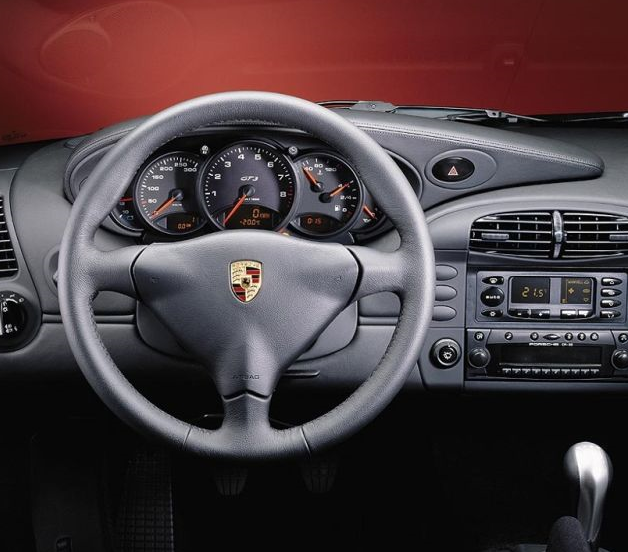 What’s in store for the future of the 996? A bright future. However, the combination of the intermediate shaft bearing design flaw and this generation of 911 still being relatively young are in part what have kept the 996 on the radar to criticism and low values, and below the radar when it comes to realizing its true qualities as a genuine 911. And until the Porsche community begins to support this historic and landmark vehicle, the focus on product development, market values, and advertising will remain low. Fortunately, this is changing and evidence can be seen by the growing number of articles and videos now featuring the 996. Just check out the increasing number of positive 996 articles found in Total 911, 911 and Porsche, and GT Porsche magazines over the past 24 months. Even Excellence and Panorama are finally featuring 996s in 2017. And now Magnus Walker has purchased a 996. We think so. Additionally, the aftermarket ha the wisdom foresight and innovate ideas to develop new products for this series vehicle. We’re hoping that Panorama and Excellence will begin to provide us with articles about “regular” 996s and actual ownership experiences. Ask any Porschephile to name a current 911 that feels most like its aircooled ancestor and the 996 will usually be at the top of the list in that conversation. Especially the early 996s with minimal electronics, light weight and few driver’s aids. 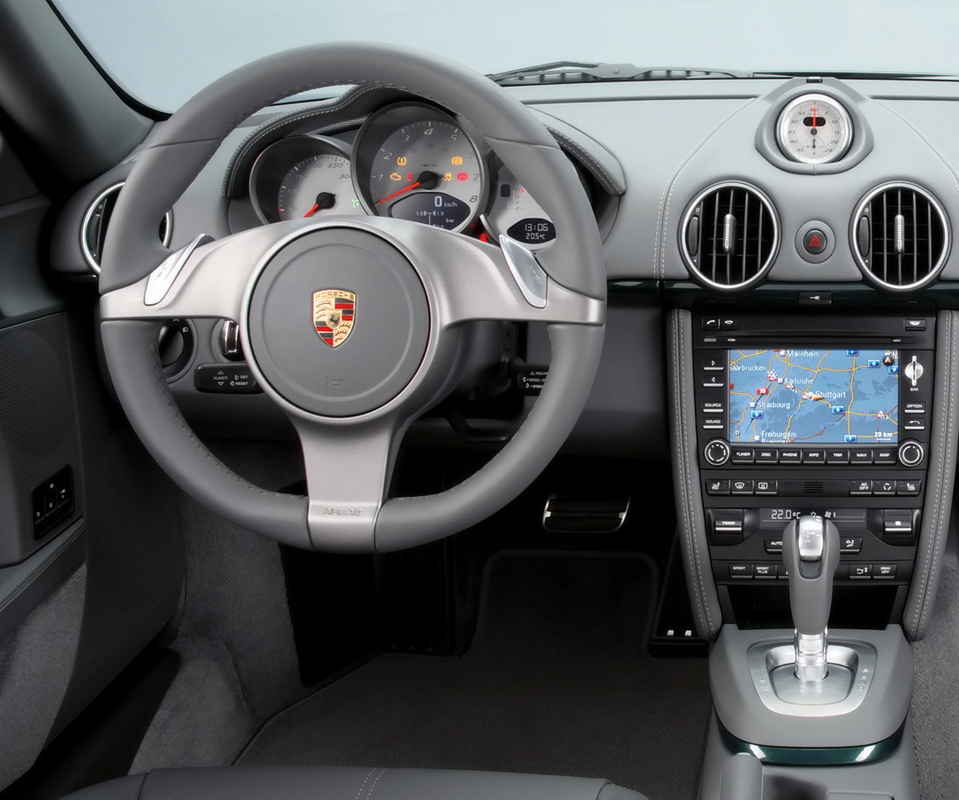 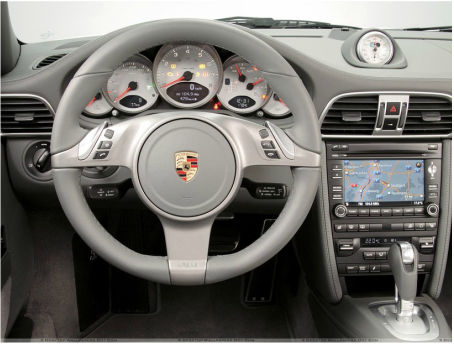 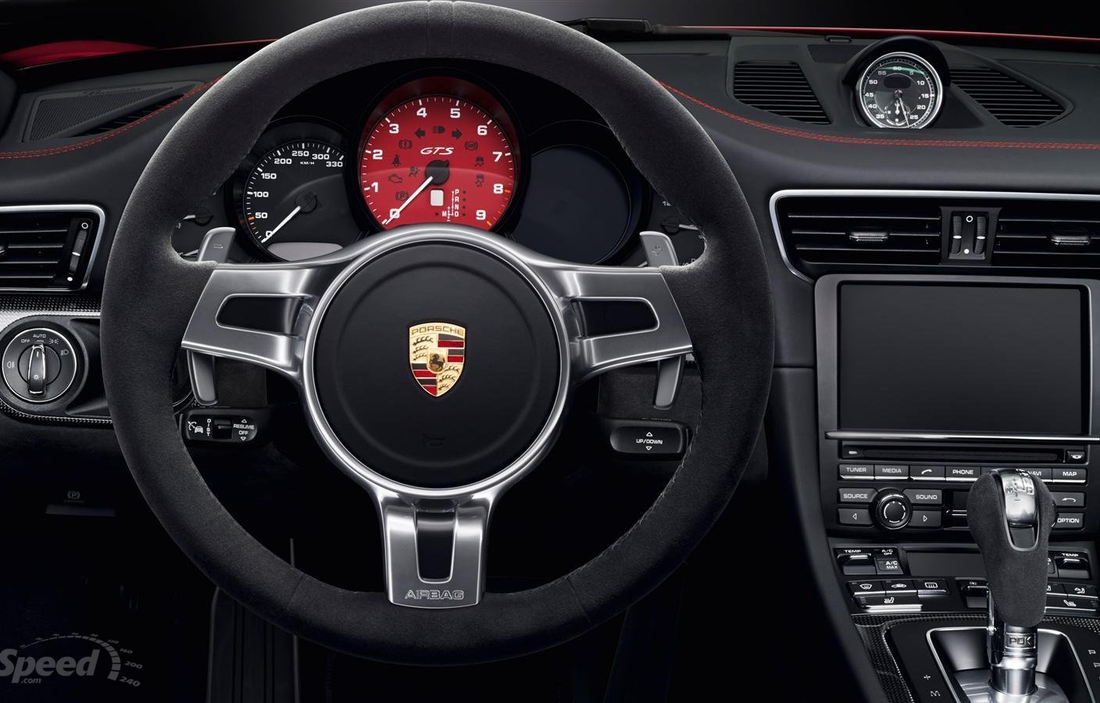 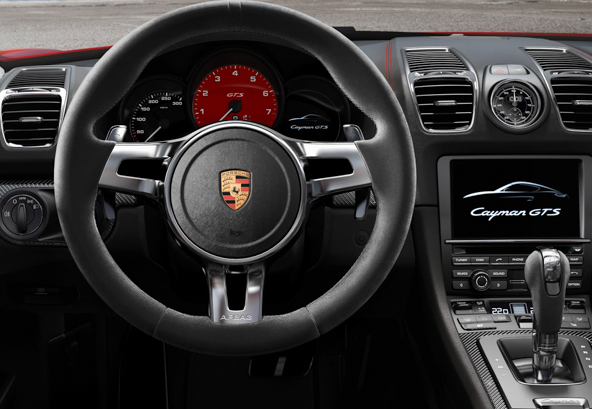